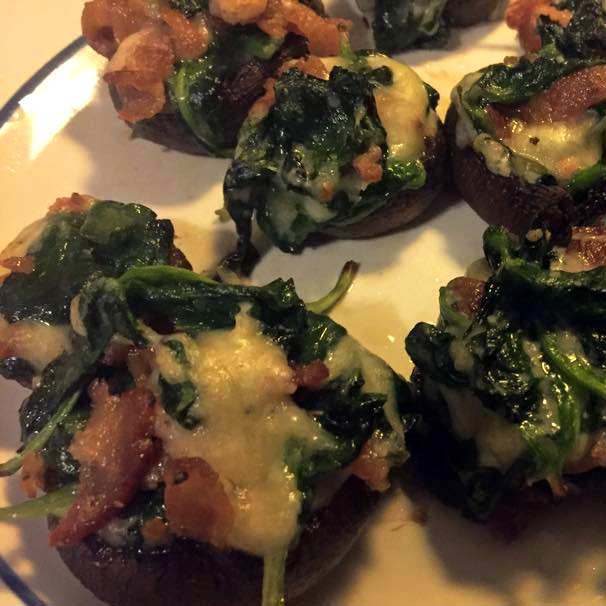 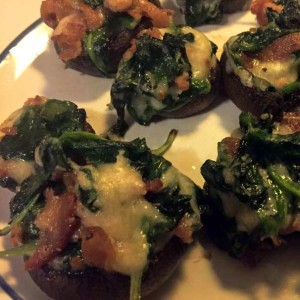 Clean portabella mushroom caps, brush with olive oil and bake 10 – 15 minutes somewhere between 350 and 400. Melt some bacon grease in a pan then toss in three or four handfuls of fresh clean spinach. Toss around until it’s wilted and reduced. Add some mozzarella, parmesan and chopped cooked bacon and toss until the cheese melts. Pull the caps out of the oven. *

Mine were filled with juices so I used a paper towel to soak up the juice.

Fill caps with mixture and bake for another 10 minutes or so.